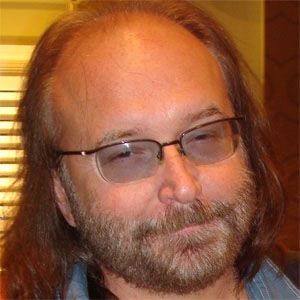 American guitarist who spent years collaborating with British singer David Bowie and played with The Cure during their 2012 tour.

He started playing guitar when he was 13 years old and later attended the Berklee College of Music in 1981.

He has performed periodically with underground dub and jazz Boston group Club D'Elf.

He was born to a typist mother and a father who worked on tugboats in the New York Harbor.

He has worked for several years with singer David Bowie.

Reeves Gabrels Is A Member Of