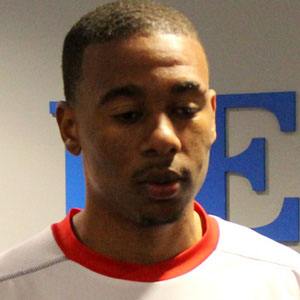 Bermudian midfielder who began his MLS career with Toronto FC in 2012.

He first played professionally with the English team Ipswich Town in 2009.

He joined Bermuda's national team in 2007.

He was born to Robert and Larissa Lambe.

He and Luis Silva both joined Toronto FC in 2012.

Reggie Lambe Is A Member Of