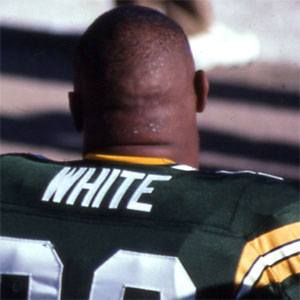 Legendary NFL defensive end who was named NFL Defensive Player of the Year in 1987 and 1998. He was selected to 13 Pro Bowl teams and recorded 198 sacks during his career.

He broke single-season, single-game, and career sack records while playing for the University of Tennessee Volunteers.

His on-field dominance was unparalleled, and his jersey, #92, was retired by the Philadelphia Eagles and Green Bay Packers.

Had two children, Jeremy and Jecolia, with his wife Sara Copeland.

He was teammates with Brett Favre on the Green Bay Packers from 1993 to 1998.

Reggie White Is A Member Of