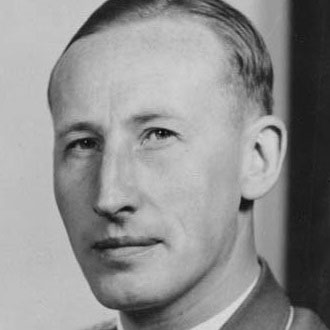 German Nazi known for being one of the primary masterminds behind the Holocaust. He helped organize the Einsatzgruppen, a task force designed to find and kill Jews along with others whom the Nazi regime deemed undesirable.

He joined the anti-Semitic group the National German Protection and Shelter League following World War I.

He was assassinated by Czech and Slovak soldiers in 1942. Nazi officials falsely believed his attackers were from the village of Lidice and subsequently burned it to the ground.

He is widely regarded by historians as the cruelest member of the Nazi elite an was referred to by Adolf Hitler himself as "the man with the iron heart."

Reinhard Heydrich Is A Member Of