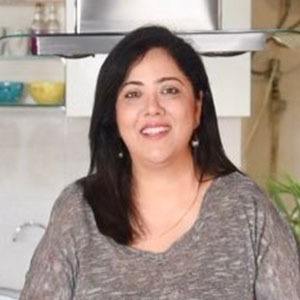 Indian blogger and video creator who is known for running the food based blog My Tasty Curry. She also works as a commercial food photographer and shares photos of her creations through Instagram for her over 230,000 followers.

She initially earned her degree in Life Sciences and began studying Law. She is also a qualified educationist and she has a post graduate degree in nutrition. She started sharing her food related photos through Instagram in November of 2012.

She is also known for working as a food consultant for the television show Zindagi ki Mehak. In addition to Instagram, she is also active on YouTube, TikTok and Facebook.

She traveled extensively due to her husband who served in the Indian Air Force.

Other food photographers also from India include Ishita Dharnidharka and Ankit Dhame.

Rekha Kakkar Is A Member Of