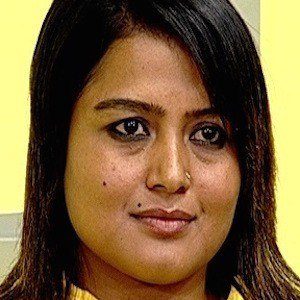 Nepali actress who became known for playing a sex symbol in films like Mitni and Kasle Choryo Mero Man. She also appeared in the 2014 film Himmatwali.

She was seen kissing Khagendra Thapa Magar, the shortest man in the world, in 2009.

She was born to Saraswoti and Prem Thapa. She was married to film producer Chhabi Raj Ojha from 2001 to 2012.

She co-starred with Rajesh Hamal in the 2004 action/comedy Hami Tin Bhai.

Rekha Thapa Is A Member Of