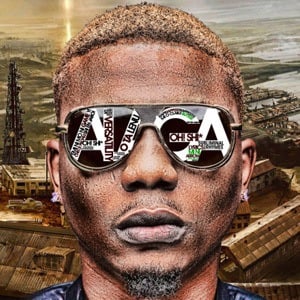 Nigerian singer-songwriter who became established in the Nigerian music scene with hit singles "Ever Since" and "If Only." He became the founder and creative director of LRR Records.

He recorded his first studio song in 2006, but it never got released. He took a break from music to study Purchasing and Supply at Kwara State Polytechnic before resuming in 2008.

He was named One of the Seven World Rappers You Should Meet in TIME Magazine in 2014.

His real name is Remilekun Abdulkalid Safaru. He had a passion for music from a young age and started performing at school activities in secondary school.

He developed his rap skills by emulating icons such as Nas, Jay Z and Snoop Dogg.

Reminisce Is A Member Of