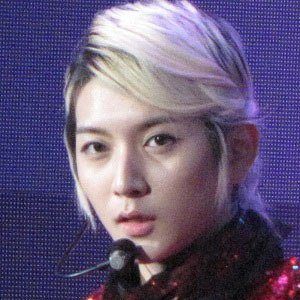 South Korean pop singer famous for his membership in the boy band NU'EST. His group's hit singles include "Face" and "I'm Bad."

His birth name is Choi Minki. Before making their official NU'EST debut, he and his bandmates served as dancers for the girl group After School Blue.

He grew up alongside his sibling named Choi Min-Seok.

He is a contemporary of fellow South Korean boy band member Kim Yu-gyeom of Got7.

Ren Is A Member Of