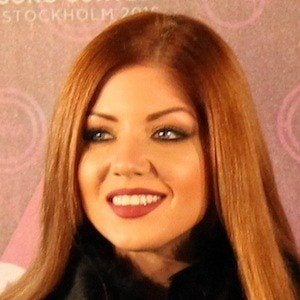 Pop music performer who rose to fame after winning the fifth season of the Hungarian talent show competition Megasztár. Her debut single "Hagylak Menni" hit the number one spot on the Hungarian popular music charts.

She knew at a young age that she wanted to become a pop star.

In 2014, she embarked upon a tour in the United States.

She was photographed during rapper Wiz Khalifa's set at the 2017 Sziget Music Festival.

Reni Tolvai Is A Member Of