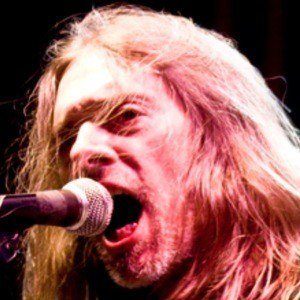 Heavy metal bassist who played with Pantera, Down, and Kill Devil Hill and who wrote the book Official Truth 101 Proof.

He was a member of his high school's jazz band.

He helped Pantera score four Platinum-selling albums between 1990 and 1994.

He married Melinda Brown. They have twins who were born in 2000. The couple divorced in 2004.

He was bandmates with drummer Vinnie Paul in Pantera.

Rex Brown Is A Member Of