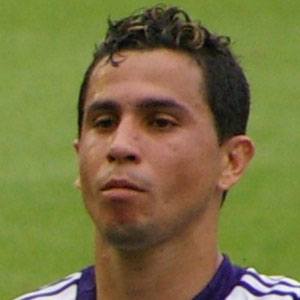 Azerbaijani soccer player who has played with clubs like Anderlecht and Qarabag. He won Belgian Pro League titles with Anderlecht in 2010 and 2012 and the Azerbaijan Premier League with Qarabag in 2014.

He played youth soccer with Recife until 2006 and joined Clube Nautico Capibaribe in Serie A the next year.

He was the top goal-scorer in Azerbaijan Premier League during the 2013-14 season.

He was born in Arapiraca, Brazil.

He and Belgian striker Romelu Lukaku have both played for Anderlecht.

Reynaldo dos Santos Silva Is A Member Of