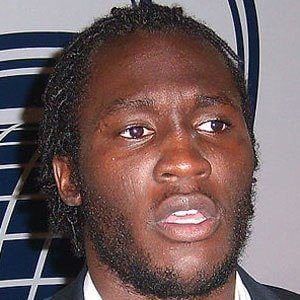 Talented striker who broke into the English Premier League with Chelsea FC in 2011; he played for Chelsea from 2011 until 2014. He then played for West Brom and Everton briefly before joining Manchester United in 2017.

He played with his hometown side Rupel Boom when he was noticed by a scout for the first division Lierse.

His first professional senior team was Anderlecht, whom he scored 33 goals for in 73 appearances. He joined the Belgian national team in 2010.

He was born Roger and Adolphine Lukaku and has a brother named Jordan. His father played internationally for Zaire.

He and Radja Nainggolan have played together on Belgium's national team.

Romelu Lukaku Is A Member Of