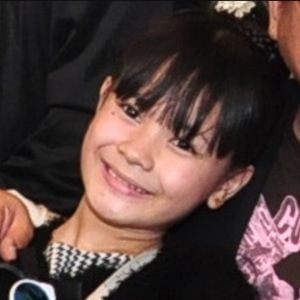 Child actress who terrified audiences in the 2016 horror film Seklusyon in the role of Anghela Sta. Ana. Other film credits for her have included The Amazing Praybeyt Benjamin and Maria Leonora Teresa.

She was 5 years old when she first graced a screen of any size, acting in a 2010 TV show called Endless Love.

She has been featured in TV shows including The Borrowed Wife, FlordeLiza, Ipaglaban mo and Maalaala mo kaya.

Her father worked as a mechanic while her mother was a housewife. She was stricken with cancer as a newborn baby, but overcame the disease.

She was cast alongside Ronnie Alonte, Dominic Roque and Phoebe Walker in Seklusyon.

Rhed Bustamante Is A Member Of