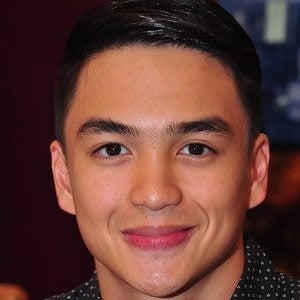 Filipino television actor known for his roles in such ABS-CBN series as Aryana and Moon of Desire. Also a model, he frequently appeared in campaigns for the Penshoppe fashion brand.

Two years after beginning his modeling career with the Cosmopolitan talent agency, he was cast in the soap opera Habang May Buhay.

He studied tourism in Manila at the De La Salle-College of Saint Benilde.

The son of a business executive, he grew up in Cavite, Philippines. His aunt, Beth Tamayo, also had an acting career.

He co-starred with Daniel Padilla in a 2013 film titled Pagpag.

Dominic Roque Is A Member Of