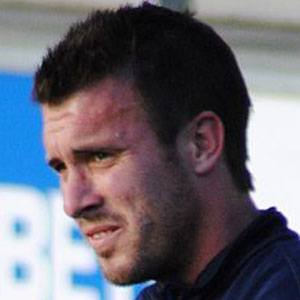 English soccer player who has played professionally for Hereford United and won two England under-21 caps.

He started his career in Chelsea in 1998 and stood there for five years without playing a game.

He was replaced by fellow soccer player Stephen Bywater after getting a back injury during his time with the England Under 21 team in 2003.

Rhys Evans Is A Member Of