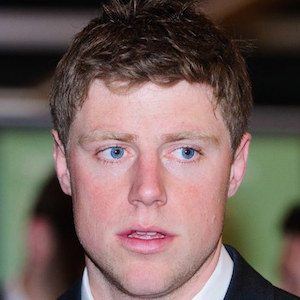 Welsh fullback and fly-half known for his time with the Scarlets. In 2015, after 150 caps and more than 1,000 points, he signed with Bath of the Aviva Premiership.

He made his professional debut with Llanelli RFC in 2006 and played with them until 2009. He first played for Scarlets in 2007.

He joined the Welsh national rugby team in 2011 and was a member of that year's Rugby World Cup team.

He was born to Tim and Llinos Priestland in Carmarthen, Wales. He speaks Welsh.

He and Aaron Jarvis have played together on the Welsh national rugby team.

Rhys Priestland Is A Member Of