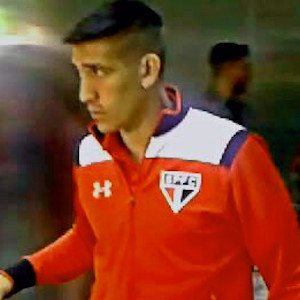 Soccer winger who came up with the big five Argentine team Racing Club. He's also played for Sao Paolo of the Brazilian Serie A and has drawn comparisons to fellow countryman Angel Di Maria.

He started playing for Racing Club's youth team when he was 15 and made his professional debut in 2012.

He played for Genoa of the Italian Serie A on loan during the 2013-2014 season. He's also spent time with Argentina's U20 team.

He grew up in Avellaneda, Argentina.

He and Michel Bastos have played together on Sao Paolo.

Ricardo Centurión Is A Member Of