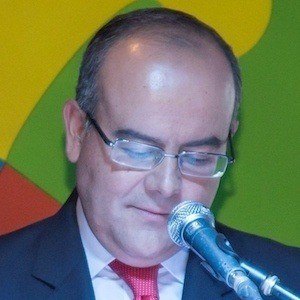 Colombian sports commentator and journalist who is best known for being the presenter of News Caracol. He is also known for posting a variety of family and lifestyle related content to his over 120,000 Instagram followers.

He graduated from the Colegio Mayor de Nuestra Senora and began his career as a sports commentator in 1992.

He was nominated for Best Sports Presenter at the 2017 India Catalina Awards for his work on Snail gol.

He was born and raised in Manizales, Colombia. He often posts pictures with his extended family to his Instagram account.

He posted a picture of Radamel Falcao and David Ospina to his Instagram in October of 2017.

Ricardo Orrego Is A Member Of