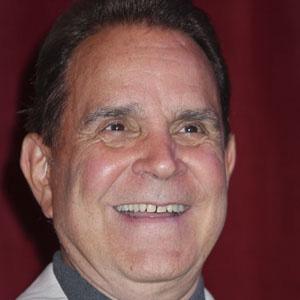 Comedian famous for his vocal impressions of celebrities who is nicknamed The Man of a Thousand Voices. He was the host for the 2007 White House Correspondents' Association dinner.

He worked as an usher in local movie theaters where he practiced and produced voice imitations. His talents landed him his American television debut on CBS's The Judy Garland Show, where he imitated various male celebrities, including James Mason in A Star Is Born.

He played Johnny Carson in the HBO TV-movie The Late Shift and was also well known for his impression of Richard Nixon.

He has been married four times. He married his fourth wife, Catherine Brown, in 2012. He has a pair of daughters named Lyndsay and Bria.

He shares the same nickname as Mel Blanc, who is also known as The Man of a Thousand Voices.

Rich Little Is A Member Of