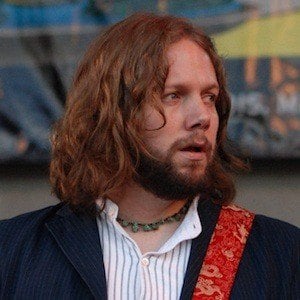 Founding member of the American rock & roll outfit The Black Crowes. With the band, he assumed lead guitar duties and would go on to form The Magpie Salute in 2016 with other members of The Black Crowes.

He wrote the music to The Black Crowes hit single "She Talks to Angels" at age 15.

He released his fourth solo album Flux in June 2016.

He married his wife Dyani Redclay in 2009.

In June of 2005, he shared the stage with Tom Petty & The Heartbreakers.

Rich Robinson Is A Member Of