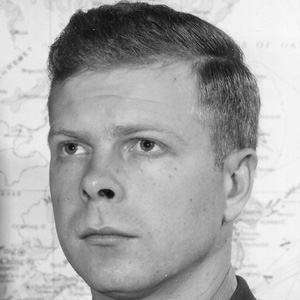 He grew up on a farm, where he frequently shot rifles and fantasized about flying.

His habit of taking low-flying joyrides over the streets of San Francisco terrified the city's residents and resulted in much laundry being blown from lines.

He grew up in Wisconsin.

He was awarded the prestigious Medal of Honor by General Douglas MacArthur.

Richard Bong Is A Member Of