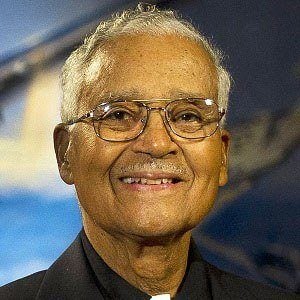 United States Air Force officer and Tuskegee Airman. He served in World War II and in the Korean and Vietnam Wars.

He interrupted his study of engineering at the University of Illinois to fly World War II combat missions over Italy and Czechoslovakia.

His military honors include the Bronze Star, the Distinguished Flying Cross, and the Air Medal.

He grew up in Cleveland, Ohio as the son of Ruth and Lewis McGee.

He was a military consultant for George Lucas' 2012 film Red Tails.

Charles McGee Is A Member Of