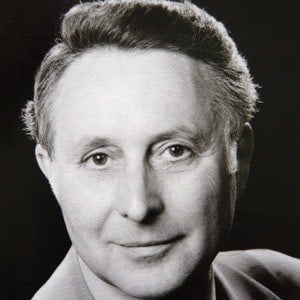 German fighter pilot who had 352 World War II air victories. He flew in over 1,400 combat missions.

He became an instructor for fighter pilots.

He received the Knight's Cross of the Iron Cross.

He survived an assassination attempt in 1944 and went on to marry his lover, Ursula 'Usch' Paetsch.

Erich Hartmann Is A Member Of