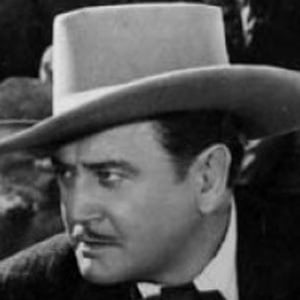 Popular actor of the silent film and sound eras who played a rugged, loyal hero in several RKO Radio Pictures productions. He was part of the cast of Cecil B. Demille's silent classic, The Ten Commandments, and won an Academy Award for Best Actor for his work in Cimarron.

Standing six feet tall and weighing 180 pounds, he was a standout athlete in high school.

He played Wingfoot in the 1929 film, Redskin.

He was born Ernst Carlton Brimmer, in St. Paul, Minnesota, where he studied medicine, fulfilling his father's wishes.

Richard Dix Is A Member Of