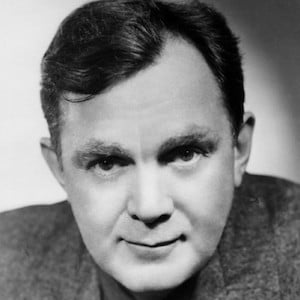 Notable as the first actor to win an Oscar, Emmy, and Tony Award, his most notable film roles include Gerald O'Hara in Gone with the Wind, Doc Boone in Stagecoach, and Uncle Billy in It's a Wonderful Life. His Academy Award win was for Stagecoach, his Emmy for The Doctor, and his Tony for the musical Hazel Flagg.

He was an actor in Charles Coburn's Shakespeare Company and landed Broadway roles to begin his acting career.

He was born into an Irish family of journalists and civic leaders with both his brother and father being newspaper reporters.

Thomas Mitchell Is A Member Of