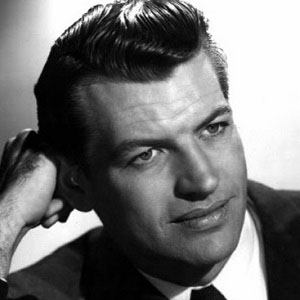 Remembered for his performances in A Summer Place (1959), The Revolt of Mamie Stover (1956), and the Elvis Presley feature Love Me Tender (1956), he is also notable for his role in the Disney feature Pollyanna (1960), as well as for his starring role in the 1960s Western series Empire.

After instructing U.S. Army troops in the art of judo during the World War II years, he earned a bachelor's degree from the University of San Francisco and a master's degree from Stanford University. He made his cinematic debut in the 1949 feature The Story of Molly X.

Rod Serling originally wanted Egan to narrate the TV series The Twilight Zone; however, Serling ended up narrating the program himself.

He and Lana Turner were both in the cast of the 1969 thriller The Big Cube.

Richard Egan Is A Member Of