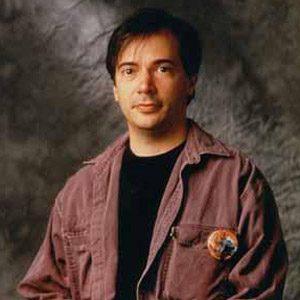 Best known for creating the popular Magic: The Gathering card game, this designer also invented such card and board games as, respectively, Vampire: The Eternal Struggle and RoboRally.

He began designing games in his early teens, and he went on to study mathematics at the University of Pennsylvania. After earning a Ph.D. in 1993, he began teaching at Whitman College in Washington state.

After playing Dungeons & Dragons for the first time, he was inspired to become a game designer.

He was born in Pennsylvania to an architect father, and he spent his teenage years in Oregon. His paternal great-great grandfather was United States President James A. Garfield.

Mark Rosewater joined him on the Magic: The Gathering design team.

Richard Garfield Is A Member Of