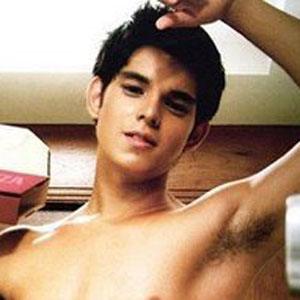 Actor and model best known as the star of the TV fantasy series Mulawin.

He began acting as a child with his twin brother, Raymond. He made his debut in the 1987 film, Lahing Pikutin.

In 2009 he was charged with reckless imprudence after an auto accident that killed his assistant.

His father is an actor and his mother was a talent manager. He has a sister, twin brother, and two half-brothers. He married actress Sarah Lahbati in 2012. He and Lahbati have two children named Zion and Kai.

He co-starred with Sid Lucero on the drama series Love & Lies.

Richard Gutierrez Is A Member Of