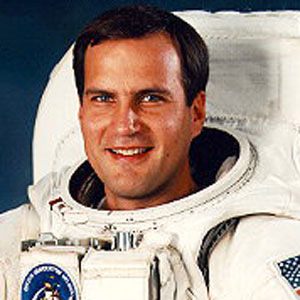 He attended Northwest Nazarene College and the University of Colorado at Boulder.

His first spaceflight was an unclassified mission for the Department of Defense.

He married Jeannie Hendricks and had two children.

He and former Supreme Court Justice Byron R. White both attended the University of Colorado at Boulder.

Richard Hieb Is A Member Of