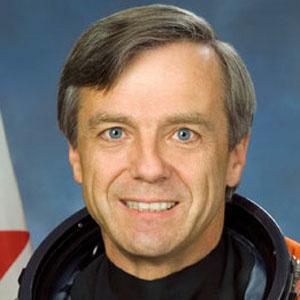 Set a Canadian record in 2009 for longest spaceflight when he returned from Expedition 20/21.

He has degrees in engineering and medicine.

He married Brenda Biasutti and had three children.

He and Boris Borisovich Yegorov were physicians who traveled to space.

Robert Thirsk Is A Member Of