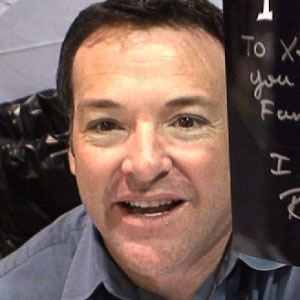 Veteran voice actor who has risen to fame through roles like Zim in Invader Zim, Alpha 5 in Mighty Morphin Power Rangers and Harold in The Grim Adventures of Billy & Mandy. He has also voiced characters in many video games, including Destroy All Humans! and Psychonauts.

He grew up in Los Angeles and got his start in a Freshen Up Gum commercial in 1976.

He was nominated for an Annie Award for Outstanding Individual Achievement for Voice Acting by a Male Performer in an Animated Television Production for Invader Zim in 2001.

He married screenwriter Kristen Lazarian, with whom he has sons named Cole, Jake and Wyatt.

He and Rodger Bumpass both voiced characters on the Nickelodeon series Invader Zim.