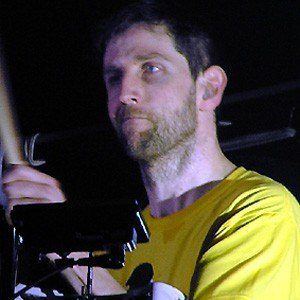 Drummer with the piano-based rock band Keane, the group known for the breakout hit "Somewhere Only We Know." Alongside him in Keane are pianist and composer Tim Rice-Oxley, singer Tom Chaplin and bassist Jesse Quin.

He received a geography degree from the University College London. After graduating, he became a secretary for the BBC.

He is a human rights activist for Amnesty International.

He is from Gravesend, Kent. He married his girlfriend in 2010.

He has toured with Chris Martin of Coldplay.

Richard Hughes Is A Member Of