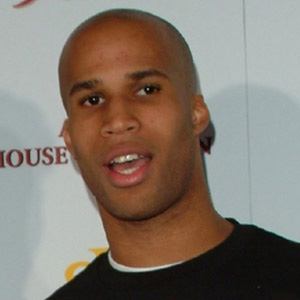 Athletic forward who was a longtime member of the New Jersey Nets. After his time in New Jersey, he went on to play for such teams as the Golden State Warriors, San Antonio Spurs and Dallas Mavericks. He began playing for the Cleveland Cavaliers in 2015.

He was drafted 13th overall by the Nets in 2001 after playing three seasons at the University of Arizona.

He won a bronze medal with the U.S. national team at the 2004 Olympics.

He married Teresa Lourenco after separating from his ex-fiance Kesha Ni'Cole. They welcomed their first child in January 2017.

Richard Jefferson Is A Member Of