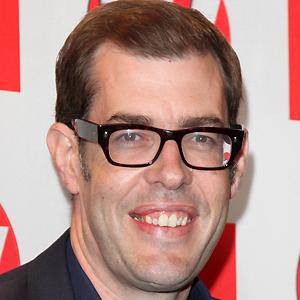 Television presenter and director known for his work on various panel and quiz shows, including most notably Pointless, Two Tribes and Prize Island.

He earned a degree from Trinity College, Cambridge, where he met future collaborator Alexander Armstrong.

He also produced the series 10 O'Clock Live and Beat the Nation. He was the creative director at Endemol UK.

He was born to parents Brenda and David Osman. He grew up with a brother named Mat. He has two children.

He was a co-presenter on the quiz show Pointless from 2009 until 2012 with Alexander Armstrong.

Richard Osman Is A Member Of