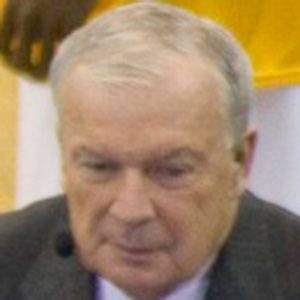 Head Coach of the Notre Dame basketball team for two decades who later became a college basketball analyst on ESPN.

He had his first college basketball head coaching job with Fordham University.

He led the Fighting Irish to their first ever Final Four appearance.

He had three children, including his daughter Karen who married baseball pitcher Jamie Moyer.

Digger Phelps Is A Member Of