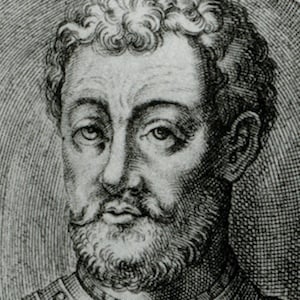 Richard I of England
King

Known as Richard the Lionheart, King of England who brought England into the third crusade. He reigned from 1189 to 1199

He revolted against his father, Henry II, multiple times in order to ensure that he would take the throne. and took command of his own army at the young age of 16.

After the crusades, he was held for ransom by the Duke of Austria until his kingdom came up with an extremely large ransom to release him.

He married Queen Berengaria of Navarre.

He was played by Patrick Stewart in the 1993 film Robin Hood: Men in Tights.

Richard I of England Popularity

Richard I of England Is A Member Of