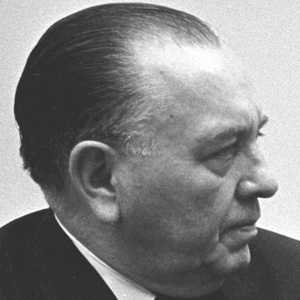 Mayor of Chicago for 21 years who was one of the last of the big city political 'bosses.' His three sons following his footsteps into politics and his son Richard M. Daley broke his record for longest serving mayor of Chicago.

Although a lifelong democrat, he switched allegiances temporarily to gain a seat on the Illinois House of Representatives, and used his connections there to move to the Senate.

Called the 'boss' for his widespread influence on city business and politics, he attained and kept his power through doling out jobs and government funding for projects.

He was born in Chicago's Bridgeport neighborhood, a working-class, most immigrant community on Chicago's South Side.

He was highly respected not only by local politicians, but national ones like Lyndon B. Johnson, who cultivated the relationship for its tie to the powerful Kennedy family.

Richard J. Daley Is A Member Of