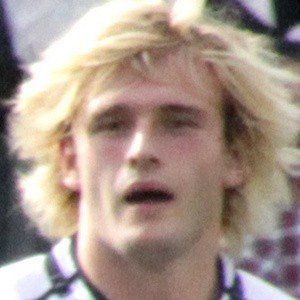 Scottish rugby lock known as much for his extensive play with his country's national team as his tremendous height, standing 6'10" tall. He joined Toulouse in 2016 after spending three years with Castres Olympique.

He made an appearance with the British and Irish Lions in 2013. He first appeared with the Scottish national team in 2010.

He grew up in Rutherglen, Scotland with his brother Jonny, who's also played with the Glasgow Warriors.

He was teammates with Danny Cipriani during his time with the Sale Sharks.

Richie Gray Is A Member Of