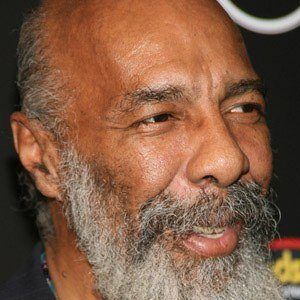 Folk and blues singer-songwriter and guitarist who was the opening performer at the Woodstock Festival. He was signed with Douglas Records.

He started many doo-wop groups when he was younger and sang with the McCrea Gospel Singers when he was sixteen years old.

He released more than twenty albums over the course of his life, including Alarm Clock, the 1971 album that made it to #29 on the US Top 200 chart.

He had three children and five grandchildren.

Havens released a hit cover of "Here Comes the Sun," which was written by George Harrison.

Richie Havens Is A Member Of