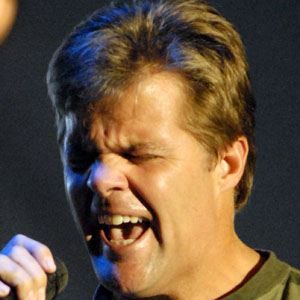 American singer and guitarist who was the lead singer of the pop country act Lonestar. He and the band released the #3 charting album Lonely Grill.

He worked as a background vocalist for other country artists, including on Mindy McCready's song "Maybe He'll Notice Her Now."

His studio album, I Turn to You, charted at #6 on the U.S. Christian charts.

He has three children with his wife Lorie.

He and John Rich were in Lonestar together, but McDonald fired Rich.

Richie McDonald Is A Member Of