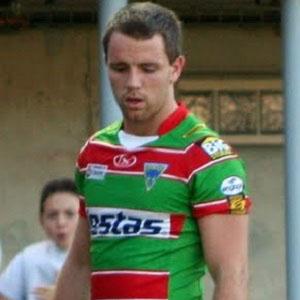 English rugby league player who has played at scrum-half for teams like the Salford City Reds and Warrington Wolves in Super League. He won the National League One title with Salford as well as the Co-Operative Player of the Year award.

He was born in Widnes, England and began playing for the Widnes Vikings in the First Utility Super League in 2007.

His 4-year, £200,000 contract with Warrington made him the most expensive teenage signee in Super League history.

He married Helen Skelton, presenter of the children's show Blue Peter, in December 2013.

He has played alongside Mickey Higham at Warrington.

Richie Myler Is A Member Of