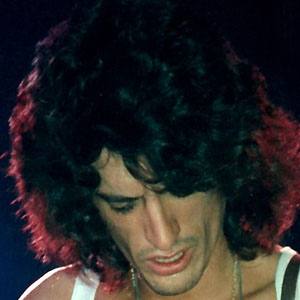 French guitarist who played guitar in the band Aerosmith from 1980 until 1984.

He appeared in the Aerosmith music video for the song Lightning Strikes.

He married exotic dancer Maureen Dumont Kelly, and they had a daughter, Minka, before their divorce.

He is the father of actress Minka Kelly.

Rick Dufay Is A Member Of