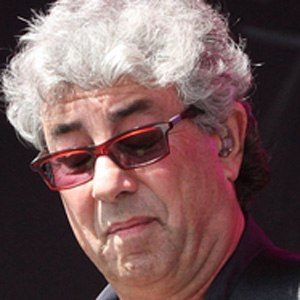 English guitarist best known as a member of the 70's rock band 10cc.

He was the leader of the school band Bagshot Louie, who broke up in 1971.

He received an ASCAP. award for Best Song in 1984 for his work on the Hall & Oates song Family Man.

He has been married and has more than one child.

He has collaborated with a variety of artists, including Pink Floyd drummer Nick Mason.

Rick Fenn Is A Member Of