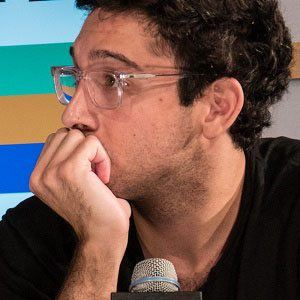 Improv and stand-up comedian who received his first big time opportunity as a comedic television presence when he landed the role of Burski on NBC's Undateable.

He was selected as Best of the New Faces at the Just for Laughs comedy festival in 2013.

He has made guest-appearances on @midnight and Adam DeVine's House Party.

He is a native of Cleveland, Ohio. He began dating Torrey Devitto in 2014.

He was featured in a couple of episodes of the short-lived FX comedy series The Comedians, starring Billy Crystal.

Rick Glassman Is A Member Of