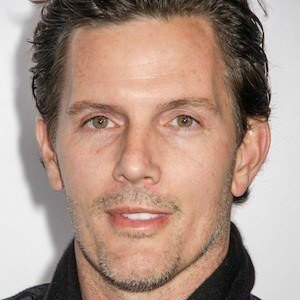 Actor best known for his television roles, including Kenneth Dozerman on The Wire and Colorado on Hollywood Heights. He can also be seen in big screen fare like 1998's Phantoms, 2005's The Good Humor Man and 2012's Red Tails.

He was a law student at Loyola College before moving to New York City to pursue acting. He performed in a number of stage plays, including True West and Sweet Bird of Youth.

He received the Best Actor award at the Screamfest Film Festival for his perofrmance in the 2002 film R.S.V.P.

He is the youngest of three children born to a nurse mother and detective father. In 1996, he married actress Vanessa Angel, with whom he has a daughter.

Rick Otto Is A Member Of