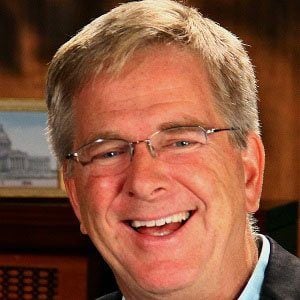 American author and television personality who is an expert on European travel. He became host of the PBS show Rick Steves' Europe.

His father owned a piano store and he would often teach piano there.

He encourages the readers of his many travel books to both travel independently and to see themselves as "temporary locals" instead of tourists.

He has two children with his ex-wife Anne, who he divorced in 2010.

He is a travel writer much like T.R. Threston.

Rick Steves Is A Member Of