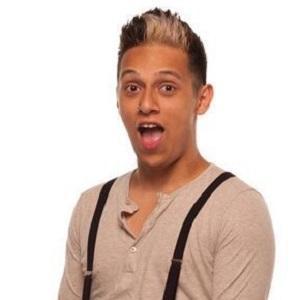 Member of the American rock band We Are Forever who has appeared on many national tours, including Vans Warped Tour. The band's 2013 album, To Be Alive, topped local charts and had play time on NBC.

He worked at a restaurant cleaning tables and occasionally played bar shows with his acoustic cover band. He, Aren Andersen, Alex Nauth, and his brother Alex Ayala founded We Are Forever in 2011.

He is the only person in his family without a middle name.

He was born in Mexico City and raised alongside his two brothers, Alex Ayala, the drummer of We Are Forever, and Leo Ayala, as well as his sister Yadira Ayala. At 7 years of age, he and his family moved to Indianapolis.

We Are Forever covered the Ellie Goulding song "Lights."

Ricky Ayala Is A Member Of