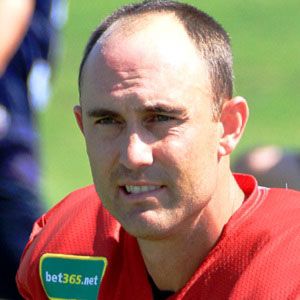 He played football at Shasta College and, later, Sacramento State University. Prior to signing with the Eskimos, he worked as a driver for Frito-Lay.

In 2004, he spent a year away from the CFL as a backup quarterback with the NFL's New York Jets.

He married his high school sweetheart Allyson, with whom he has a daughter named Chloe.

He threw passes to former Eskimos wide receiver Andrew Nowacki, with whom he won the Grey Cup in 2005.

Ricky Ray Is A Member Of