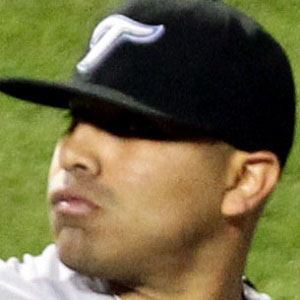 MLB pitcher who was named to his first All-Star game representing the Toronto Blue Jays in 2011.

He had a 12-1 record and a 0.53 ERA his senior season at Theodore Roosevelt High School.

He won the 2004 College World Series while pitching for Cal State Fullerton.

He was raised with two siblings, including fellow MLB pitcher Gabriel Romero. He married soccer player Kara Lang and together they have a son.

He became teammates with third baseman Brett Lawrie in 2011.

Ricky Romero Is A Member Of