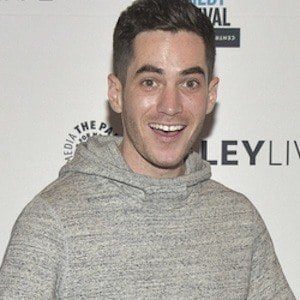 Stand-up comedian who was named as one of Variety's 10 Comics to Watch in 2015. He is known to television audiences for his many appearances as a panelist on Comedy Central's The Nightly Show with Larry Wilmore.

He grew up in Queens, New York and began his stand-up career in his late teens.

He has performed for the troops at Fort Bragg in California.

He and fellow New York comedian Pete Davidson both appeared on the series Official Standup at the Stand.

Ricky Velez Is A Member Of